Investors in the North American cannabis market have to search for the positive signs. Are there any indicators of a turnaround? Anywhere? Somewhere?

One glimmer of positivity is sales growth.

So, let’s take a look at one marijuana stock that has registered the highest year-over-year growth in sales: OrganiGram Holdings (NASDAQ:) (TSX:).

This Canadian-based marijuana grower, founded in 2013, had a 118% increase in sales growth, according to its latest , making it the leader in this category among pot stocks trading on the .

The company’s net income has improved, but it has yet to reach profitability. Its net revenue last quarter stood at C$4.05 million (USD$3.6M).

In OrganiGram’s case, one of the contributors to its increased sales is a deal it struck in June 2020 that gave it access to the international market.

The marijuana grower, which began as a medical cannabis producer, today grows for both the medical and recreational markets. Two years ago, it inked a deal to supply dried cannabis flower to largest medical cannabis company in Israel.

Earlier this week, the Canadian-based cannabis grower was one of only two stocks on the to hit a 52-week low.

The marijuana company has lost 11.8% in the past week and almost 51% so far this year. 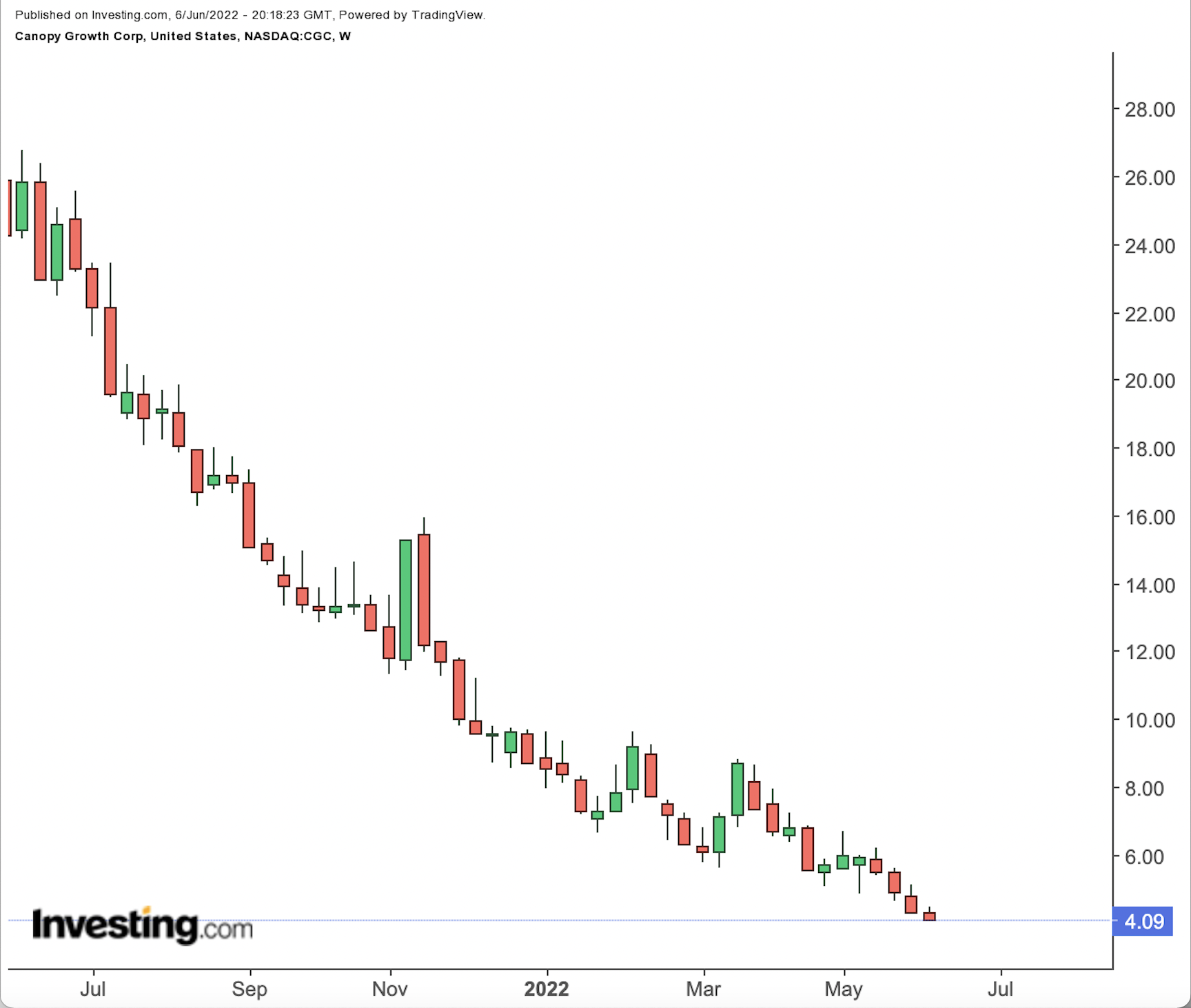 Pot Sales Up in Canada

Here is a quick stat for you, from the land of legalized pot.

A total of C$10.54 billion was generated in cannabis sales in the first quarter of 2022 on an annualized basis, according to Statistics Canada.

The figure represents a 7.9% increase compared with the previous year, the data shows.